I found a website of brilliant visualizations. The creator of these visualizations is Kim Albrecht, a visual researcher at metaLab in Berlin. Here is his website: http://kimalbrecht.com/
I copy a list of his visualization projects here:

Here I would like to show several of these interesting visualizations.

The first project entitled Trump connection is a network graph visualization of 1500 individuals and organizations connected directly and indirectly to Donald Trump. 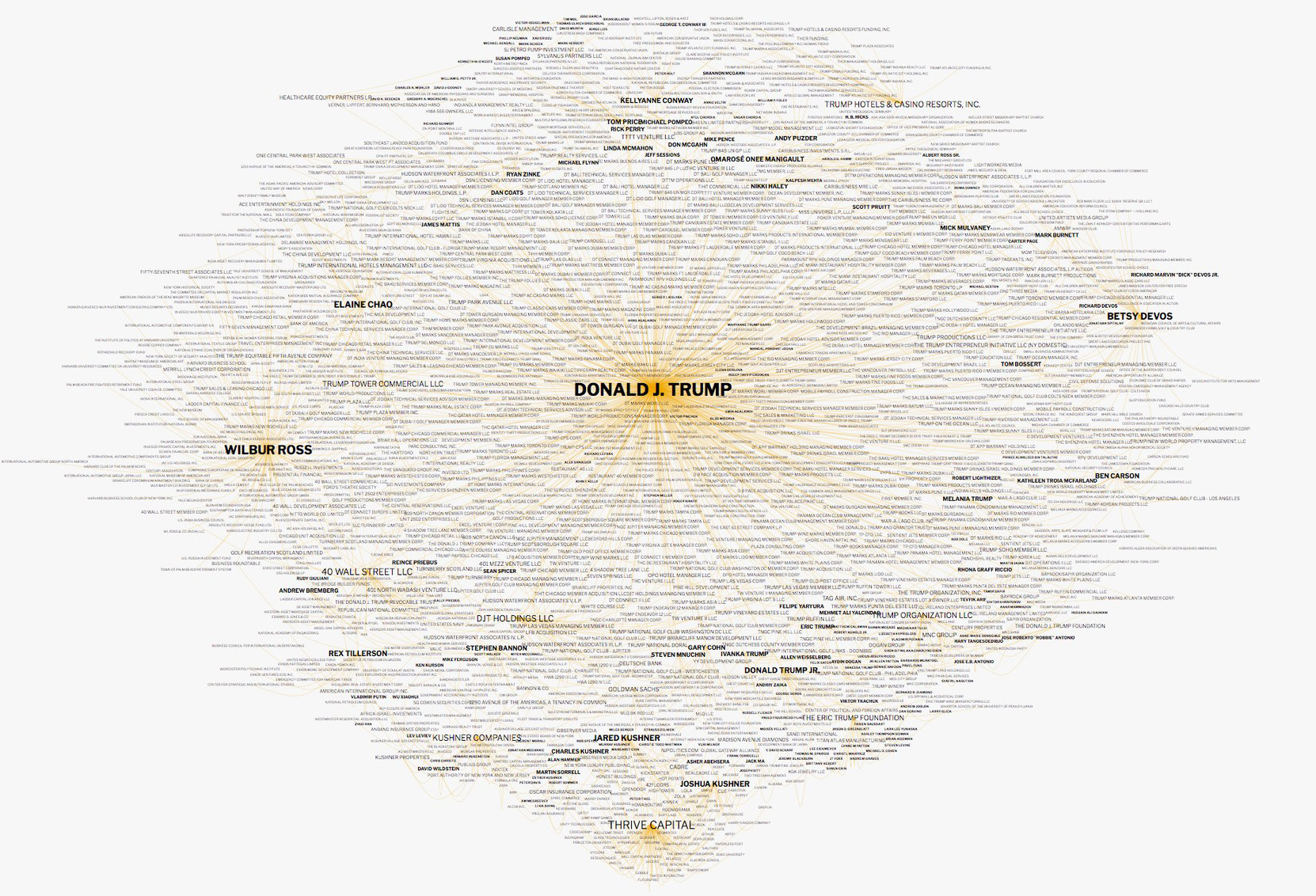 Through Kim’s website, you can also explore and search certain names. For example, I searched Jack Ma, the founder of Alibaba. Here is what I got. 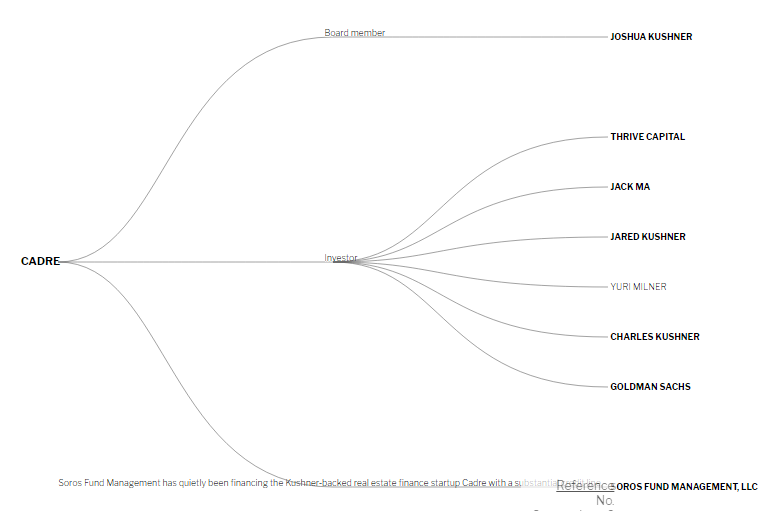 It is quite surprising, at least for me, a Chinese, to learn that there is still a widespread approval in the former communist east Germany. Kim Albrecht’s note for this is socialism is generally a good idea — it was just executed poorly. 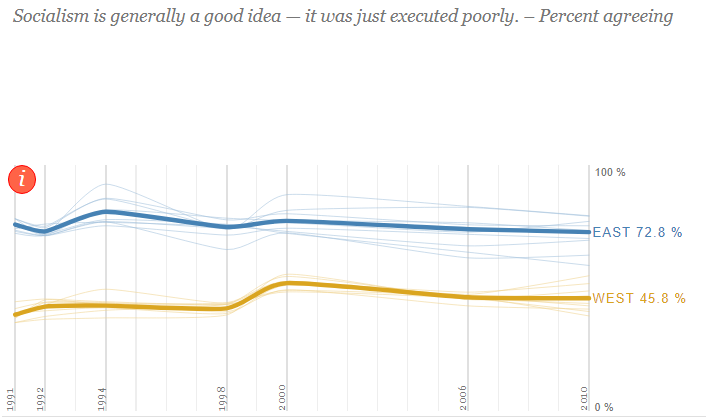 All photos in this page are from Kim Albrecht.